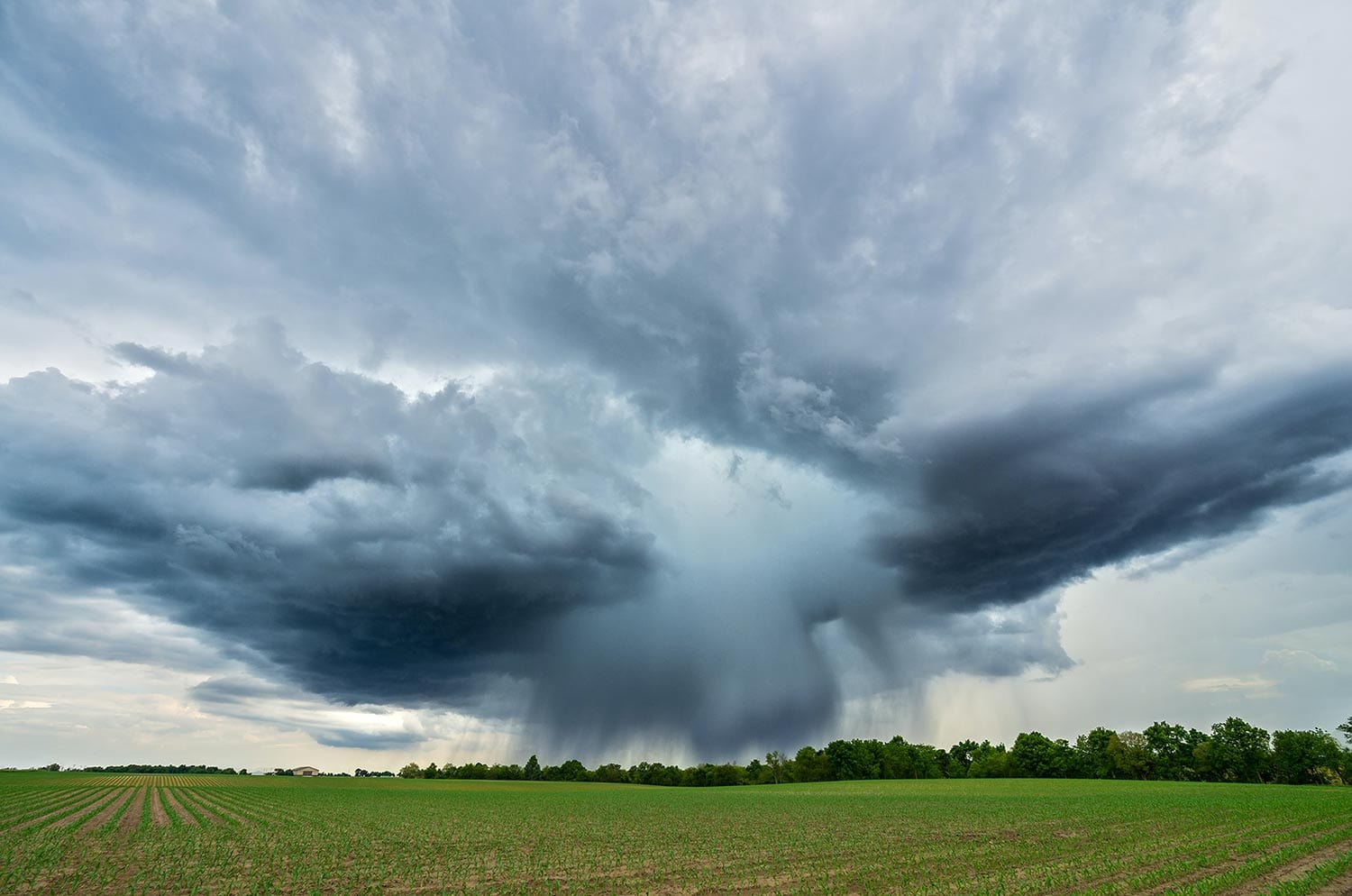 Why does a lot of hail, rain, or snow fall at some times and not others?

*REMOTE LEARNING GUIDE FOR THIS UNIT NOW AVAILABLE!*
CLICK DOWNLOAD TO ACCESS
This 6th grade science unit on weather, climate, and water cycling is broken into four separate lesson sets. In the first two lesson sets, students explain small-scale storms. In the third and fourth lesson sets, students explain mesoscale weather systems and climate-level patterns of precipitation. Each of these two parts of the unit is grounded in a different anchoring phenomenon.

The unit starts out with anchoring students in the exploration of a series of videos of hailstorms from different locations across the country at different times of the year. The videos show that pieces of ice of different sizes (some very large) are falling out of the sky, sometimes accompanied by rain and wind gusts, all on days when the temperature of the air outside remained above freezing for the entire day. These cases spark questions and ideas for investigations, such as investigating how ice can be falling from the sky on a warm day, how clouds form, why some clouds produce storms with large amounts of precipitation and others don’t, and how all that water gets into the air in the first place.

The second half of the 6th grade science weather and climate unit is anchored in the exploration of a weather report of a winter storm that affected large portions of the midwestern United States. The maps, transcripts, and video that students analyze show them that the storm was forecasted to produce large amounts of snow and ice accumulation in large portions of the northeastern part of the country within the next day. This case sparks questions and ideas for investigations around trying to figure out what could be causing such a large-scale storm and why it would end up affecting a different part of the country a day later.

This visualization shows the heavy rainfall throughout Northern Texas and across Oklahoma as well as the drought in Southern California. It's used in Unit 6.3 Lesson 20.

Pprecipitation rates across the United States from August 4th, 2014 through August 11th, 2014. This simulation is used in Lesson 11 of Unit 6.3.

This simulation allow scientists to study atmospheric rivers and the heavy precipitation they bring to California. It is used in Lesson 19 of Unit 6.3.

Students use this simulation to make a thunderstorm by adjusting the humidity and temperature. This UCAR simulation is used in Lesson 10 of Unit 6.3.

The 6th grade science weather and climate unit expands students’ understanding of weather and climate, and the role of water in Earth’s surface processes which include these grades 6-8 elements of the Disciplinary Core Ideas (DCIs).  It addresses all but the crossed-out sections of the ones shown below.

ESS2.C:  The Roles of Water in Earth’s Surface Processes

This unit builds on DCI elements that students should have developed in the prior OpenSciEd unit 6.2. These ideas are elicited and are used in new contexts (primarily different because of time and temporal scale). In many cases, the unit helps students extend these DCIs. The plain text beneath each of the DCI elements below describes how the ideas are used and where they are extended.

In this unit, students will need to have prior experiences in working with the ideas in the bolded sections of the related Common Core Math Standards listed below.

CCSS.MATH.CONTENT.6.NS.C.5: Understand that positive and negative numbers are used together to describe quantities having opposite directions or values (e.g., temperature above/below zero, elevation above/below sea level, credits/debits, positive/negative electric charge); use positive and negative numbers to represent quantities in real-world contexts, explaining the meaning of 0 in each situation.

CSS.MATH.CONTENT.6.NS.C.8: Solve real-world and mathematical problems by graphing points in all four quadrants of the coordinate plane. Include use of coordinates and absolute value to find distances between points with the same first coordinate or the same second coordinate.

CCSS.MATH.CONTENT.6.RP.A.2: Understand the concept of a unit rate a/b associated with a ratio a:b with b ≠ 0, and use rate language in the context of a ratio relationship.

Additionally, when students generate and interpret the tables of data in Lessons 2, 4, and 11, they will draw on what they have learned across a number of Represent and Interpret data standards for grades 1-5, within the domain of Measurement and Data in the Common Core Mathematics Standards.

This is the third unit in 6th grade in the OpenSciEd Scope and Sequence. Given this placement, several modifications would need to be made if teaching this unit earlier or later in the middle school curriculum. These include the following adjustments:

An integral component of OpenSciEd’s development process is external validation of alignment to the Next Generation Science Standards by NextGenScience’s Science Peer Review Panel using the EQuIP Rubric for Science. We are proud that this unit has been identified as a quality example of a science unit. You can find additional information about the EQuIP rubric and the peer review process at the nextgenscience.org website.